Composite fillings are also called plastic, or white, fillings. Getting this kind of filling depends on where the tooth is in your mouth. We bite down hard on our back teeth (molars), so a plastic filling may not be a good choice. If you are interested in Composite Fillings Calgary NW you can talk to your Calgary dentist about the options. Fillings are about the most common restorative process in the world. Some 80% of American adults have, or have had, some form of tooth decay in their life. Over the years many different types of filling material have been used, such as silver amalgam and even gold. A popular option for many people today is a composite, or composite resin, filling. This is a tooth-colored filling which can be applied as quickly as one session with the dentist. It provides an aesthetically pleasing result for an affordable price.
Book now

What Is Composite Resin?

Composite resin is a kind of tooth-colored material made out of plastic and glass. It starts off as a kind of thick paste, and is dried in layers to form a restoration. It’s relatively quick and easy to use for dentists and has a range of cosmetic and restorative applications, such as:

When Do You Use Composite Fillings?

Getting this kind of filling depends on where the tooth is in your mouth. We bite down hard on our back teeth (molars), so a plastic filling may not be a good choice.

Generally, composite fillings are used for people who’d like discrete fillings but don’t have the budget for porcelain.

Why Do People Need Fillings?

Fillings are used when tooth decay opens through layers of the tooth’s outer enamel and exposes the sensitive material within. The filling is designed to plug the hole and maintain the surface of the tooth while protecting the interior.

Tissue inside the tooth is known as tooth pulp. When this becomes infected it can cause serious pain and require a root canal. If the infection isn’t dealt with quickly enough, it can start to break down the tissue surrounding the root of the tooth and require an extraction.

To place this filling, your dentist cleans all decay from the tooth and puts a glue (or bonding material) on the inside of the hole. Composite resin is put into the hole in thin layers. Each layer gets hard with the help of a special light that your dentist holds over the tooth.

When the last layer of the filling is hard, your dentist shapes the filling so it looks and feels natural.

Some local anaesthetic is typically used to ensure the process is as comfortable for the patient as possible. There’s no pain generally associated with fillings, either during or after the treatment.

What Are the Advantages of Composite Fillings?

Composite resin fillings are a great way for people to restore their teeth without the work being obvious. The image of silver-lined teeth pops up in many people’s heads when fillings are discussed. With composite fillings, it’s typically very difficult to notice without very, very close inspection.

Also, since composite fillings are bonded directly onto the teeth, they can usually be placed in a single sitting. This saves any back-and-forth between the dentist’s office and allows you to get on with your life.

Because composite resin can be bonded directly to the teeth, it can be done on the same day as the procedure. This protects your teeth until the final restoration can be made, preventing infection and damage to the tooth.

What Are The Disadvantages of Composite Fillings?

No process is absolutely perfect, and composite fillings have their share of issues to be aware of.

Firstly, as mentioned above, they are more expensive than traditional amalgam fillings. This cost difference is lowering, but there is still a gap.

Secondly, composite resin isn’t the most durable of materials. It’s faster to apply, generally cheaper than many alternatives, but simply doesn’t have the longevity. Composite resin in the back molars are more likely to break than with other filling material because of the increased bite force in those teeth.

Recurring decay is also more of an issue with composite fillings than with either amalgam or gold fillings. This is partially due to their tendency to break. It means that in the long run there’s an increased risk of the decay returning after the fillings are placed.

Composite resin discolours faster than other tooth-colored restorations like porcelain. So while they will be tooth-colored to start with, if you drink staining liquids like tea, coffee, and dark wines, your fillings will darken faster than the tooth around them.

Why Do People Use Composite Fillings To Replace Amalgam Fillings?

Over the last few years there has been a growing concern over the safety and efficacy of amalgam fillings.

For these reasons it’s become popular to have old amalgam fillings removed and replaced as an alternative. Composite resin is a popular choice because it’s the next most affordable material, and is tooth colored.

This allows people to not only save on having their restoration replaced, but also means they know longer have silver-black fillings showing in their teeth. They can also be used as a temporary filling while they get the funds for more substantial fillings such as gold.

What Is Composite Resin?

Composite resin is a mixture of plastic and glass used in many dental restorations. It’s generally applied directly to the tooth, so it’s a great option for people looking for a fast and affordable fix to their problems.

Yes! So many people have fillings that some people think they should have them by the time they’re an adult, too. The truth is, if you never have tooth decay there’s no reason to get a filling. All it means is you’ve taken good care of your teeth over the years. Good for you!

How long do composite fillings last?

Composite fillings will last on average around 5-8 years.

How long do other fillings last?

This will vary a lot based on the material used. Traditional amalgam fillings will last some 12-15 years, while gold fillings can last around two decades or more.

I need a temporary filling, what will they use?

Composite fillings are generally used as temporary fillings due to their direct-bonding application.

Does it hurt to get a filling?

That will really depend on how sensitive your teeth are, but generally the answer is a resounding “no”. The area is numbed with local anaesthetic during the treatment. Post-operatively there my be some sensitivity, but if there’s any real pain after a filling it’s a good idea to check with your dentist to see if something has gone wrong.

Contact our office to find out if Composite Fillings  are the right option for you. 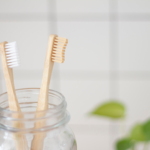