Everyone encounters snoring at some point in their life. You either snore yourself, or likely know someone who does. Up to 45% of adults snore at least every now and then, and 25% snore habitually.
Book now

Everyone encounters snoring at some point in their life. You either snore yourself, or likely know someone who does. Up to 45% of adults snore at least every now and then, and 25% snore habitually.
Book now

We all know what it sounds like. We all know it’s annoying when someone you sleep around is snoring during the night and wakes you up.  But for many people, that’s the end of their knowledge. The truth is, while snoring can be both entirely benign, it can also be a sign of a serious health concern known as sleep apnea. This article seeks to broaden your knowledge of snoring, sleep apnea, and what are some solutions for snoring and sleep apnea.

When we breathe, air passes through the throat into the lungs. On the way it moves past a lot of soft, flexible tissues. These include the soft palate, the uvula, the tonsils and the tongue.

During waking hours, muscles surrounding these structures are tight and prevent them from blocking off the airway. At night when we sleep, those muscles relax. The jaw falls back, the tongue blocks the airway, and the snoring sound we hear is the air vibrating the soft tissues as it forces its way past the blockage.

What Is Sleep Apnea?

Sleep apnea is when breathing stops completely during sleep. This can last from several seconds to over a minute, cutting off oxygen supply to the body. This can occur hundreds of time over the course of a night.

Often the sleeper will wake up to end the apnea, which can result in someone waking up many dozens of times a night. This, obviously, leads to overall poor sleep.

During an apnea, there is either no sound or a choking noise. It can be particularly noticeable to people listening as it will abruptly cut off snoring.

There are three types of sleep apnea:

This is where the soft tissues have relaxed and collapsed to block the airways.

This originates from your brain. Signals which normally tell your body to breathe are absent or interrupted.

A combination of both OSA and CSA conditions.

People over 40 years of age, smokers, and those with a family history of chronic respiratory disorders are at risk of both snoring and sleep apnea.

Certain ethnicities are more at risk than others. African American and Hispanic patients have a higher risk factor.

Certain physical conditions such as allergies, deviated septum, sinus infections, colds, large tonsils, and a long soft palate can all contribute to snoring as well.

Why it’s important to know these symptoms

Snoring and sleep apnea happen when you’re least able to notice them — as you sleep. Because of this, unless you sleep with a partner or with people in nearby rooms, it can be difficult to know if you snore or not. Many people are surprised to discover that they snore during their sleep, and many will argue strongly that they don’t.

If you suffer from the above symptoms, it might be worth getting checked out.

Consequences of Snoring and Sleep Apnea

Sleep is vitally important to the human body. It allows it to repair and revive itself each day. When sleep is interrupted, it can have many negative consequences on the body.

Disrupted sleep over long periods of time will result in intellectual and memory deterioration. The ability to concentrate, learn, and recall information will become gradually less and less effective.

High blood pressure as well as heart and lung problems are highly prevalent in people with sleep apnea.

People with disrupted sleep and sleep apnea are considerably more at risk of cardiovascular problems such as stroke, heart disease, and fatal heart attacks.

Not everyone who snores has sleep apnea, but everyone who has sleep apnea snores. If you find yourself with all of the symptoms of disrupted sleep, it can be a wise decision to get screened for sleep apnea. It’s important to realize that it is a serious medical condition which, left untreated, can be life-threatening.

General physicians and sleep dentists will typically work together to identify and treat cases of obstructive sleep apnea. The screening process involves several steps, which can include:

Sleep apnea is best diagnosed after testing. The only way to test is to measure your condition while you sleep and actually undergo snoring and apneas.

Lab testing involves an overnight stay at a hospital where you’ll be observed while you sleep. A polysomnogram (PSG) is performed which monitors cardiac rhythm and oxygen levels. It also keeps track of airflow and length of non-breathing episodes. This remains the gold standard in sleep apnea diagnosis.

Home testing devices are available. They measure many of the same things, but without the supervision of a professional. In the morning, the readout from the Home Testing Device is taken to a doctor for interpretation and analysis.

Home testing is around 97% as effective as lab testing. It’s cheaper and more comfortable for the patient as well. Unfortunately, some cases do necessitate lab testing instead, and so for some, home testing is not a viable option.

There are many ways to approach treating sleep apnea. These largely depend on the individual circumstances, as not every treatment is viable for every patient.

The gold standard in sleep apnea treatment is what’s known as a Continuous Positive Airway Pressure (CPAP) machine. These devices are strapped to the face and typically sit over the nose. An air hose connects to the device to an air pump on the bedside table.

Air is pumped through the CPAP device into the airways under carefully calibrated pressure. This keeps the airways open and prevents obstruction.

Unfortunately while they’re generally effective, they’re not well tolerated by most people. Only 40% or so of patients can actually tolerate the device itself. Those who can stand to wear them benefit greatly.

Oral airway appliances are relatively simple devices which hold the jaw in a certain position during sleep, helping to keep the airways open.

Each OAA is made specifically for the individual patient. They fit precisely into your mouth and hold your jaw into the ideal position to allow unobstructed airflow.

Not every person is an ideal candidate for OAA. It can be dependent on the exact cause of the snoring and apnea, such as which tissues are actually causing the obstruction. It’s otherwise an excellent, non-invasive, unobtrusive option for many people.

Surgery is typically used as a last resort when it comes to treating obstructive sleep apnea. Tonsils, polyps, deviated septum and jaw malformation can all be addressed surgically. These are invasive procedures that do require a hospital visit, and carry all of the risks of a surgery.

Lifestyle changes can actually be effective for treating, and in some cases curing, snoring and sleep apnea.

Weight loss is a major treatment for many people in combatting snoring and sleep apnea. Excess fat around the neck can make airway blockages much more common. By freeing the neck of this excess weight, blockages become less frequent or, in some cases, stop completely.

Quitting smoking is also a lifestyle change which can help to combat both conditions. Smoking is a major risk factor in both snoring and sleep apnea, and cutting back will help address the issue.

Avoiding alcohol or sedatives within 3 hours of sleeping can reduce or prevent snoring.

Being aware of sleep position is also a huge help. Obstructions are most common when lying on your front or back. Making an effort to sleep mostly on your sides will greatly reduce snoring.

The good news is, it’s possible to treat snoring problems and sleep apnea through the use of dental treatments. Dentrix Dental Care, serving NW Calgary, will be happy to work with you to determine what kind of treatments we can offer. Contact us to get started. 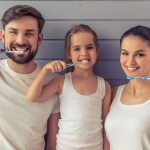 5 Tips for a Flawless Floss 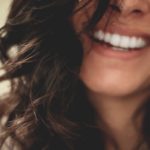 Copyright 2022 Dentrix Dental Care. All Rights Reserved. | Contact Us | About Us | Services | Articles